Could Your Manual Transmission be Enough to Foil a Car Thief?

If you often find your vehicle’s make and model on the list of most-stolen vehicles in the country, you may wonder what—if anything—you can do to make your vehicle less attractive to would-be thieves. Despite a nearly endless variety of anti-theft devices, from keyed steering wheel bars to ear-piercing alarms, one of the most effective theft-prevention devices may lie just below your vehicle’s shift knob, foiling thieves at no extra cost to you. Statistically, there is a significant discrepancy in the theft rates between manual and automatic transmissions.

How do theft rates differ between manual and automatic transmission vehicles? 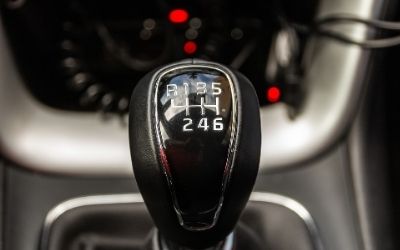 Over the last three decades, the ratio of manual-to-automatic transmission vehicles has dropped dramatically. While about one in three passenger vehicles manufactured in 1980 featured a stick shift transmission, fewer than 7 percent of all new vehicles manufactured in 2010 had a stick shift. Because of this reduction in the number of stick shift vehicles, many drivers who came of age in the 90s and early 2000s have never encountered anything but an automatic transmission.  Additionally, a study done in the mid 1990’s showed that roughly 68% of car thieves began their criminal car stealing career while still being of ‘school age’.  When taking all of this into account, it is a fair assumption that today’s millennial car thieves may not even know what constitutes a manual transmission, so wouldn’t have the driving skills to steal a car with an automatic transmission.

A successful auto thief operates largely by stealth; for a successful theft, he or she will need to be able to enter the vehicle without drawing unwanted attention, then start the vehicle and drive it away quickly enough to prevent chase or capture. This means that most car thieves are opportunistic by nature, and an unfamiliar shift knob is likely to present far more of a complication than an easy-to-operate automatic shifter. By that same token, a vehicle that is left unlocked—or with the key in the ignition—is far more likely to be stolen than a secured vehicle.

Can a manual transmission really be enough to prevent a car theft?

Because a manual vehicle that has been parked with the transmission in neutral can be rolled away fairly easily from the outside, those considering installing an anti-theft device on a manual transmission vehicle may want to invest in a device designed to keep the wheels from turning when the engine is off. This essentially eliminates the one vulnerable theft point for manual transmissions, while also ensuring your vehicle won’t accidentally roll away if you’ve inadvertently forgotten to use the emergency brake.

5 Essential Tools to Always Keep in Your Vehicle

Electric Car Battery Life: Everything You Need to Know

3 Signs to Consider for Your Vehicle Oil Filter Change

No spam, notifications only about new products, updates.
PrevPreviousHow Can Living in An Ultra-Rural Part of The U.S. Affect Your Recall-Related Repairs?
NextTransmission Fluid Basics for Car OwnersNext
On Key

Anti-lock brake system, which was initially used in aircrafts, is now commonly used in present-day vehicles to give them a better tractive connection. This system

5 Essential Tools to Always Keep in Your Vehicle

Being able to own your dream car can be one of the biggest accomplishments for some people. Although most of them are confused about what

Electric Car Battery Life: Everything You Need to Know

Electric Car A shift towards electricity as a cleaner energy source is now not only limited to stationary devices, but also includes electrically powered vehicles

3 Signs to Consider for Your Vehicle Oil Filter Change