Will There Be Shared Gearboxes in the Mustang GT500 and Mid-Engine Corvette?

Will There Be Shared Gearboxes in the Mustang GT500 and Mid-Engine Corvette?

It’s looking like Ford and Chevrolet’s most popular cars in the performance category may share a core component, if rumors are to be believed. Dual clutch transmissions may soon be installed in American-made performance cars, including the Ford Mustang and Chevy Corvette. According to information published in a corporate supplier newsletter, the Mustang GT500 and mid-engine Corvette will each have similar versions of the same gearbox in common.

The rumor mill has been buzzing for a while that makers of the mid-engine Corvette have been planning to discontinue the manual transmission in favor of dual clutch. Similar information was being passed around about the Mustang GT500, when mules were spotted on the road with suspiciously quick-shifting transmissions. The latter rumor about the switch to dual clutch has finally been confirmed since the recent release of the Mustang GT500. 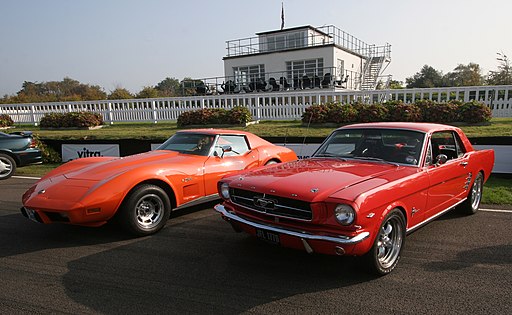 Is Tremec the Obvious Choice?

Tremec apparently ordered supplies for a project they named as Ford-DCT. The newsletter even specifically mentioned speculations that the dual clutch transmissions were for the Mustang Shelby GT350 and the mid-engine Corvette. However, it’s now known that the DCT will actually be for the  GT500. To surmise, all of these clues add up to the Mustang GT500 and the mid-engine Corvette sharing gearboxes of the TR-9007, since that’s the scenario that could support the massive toque requirements for both cars.